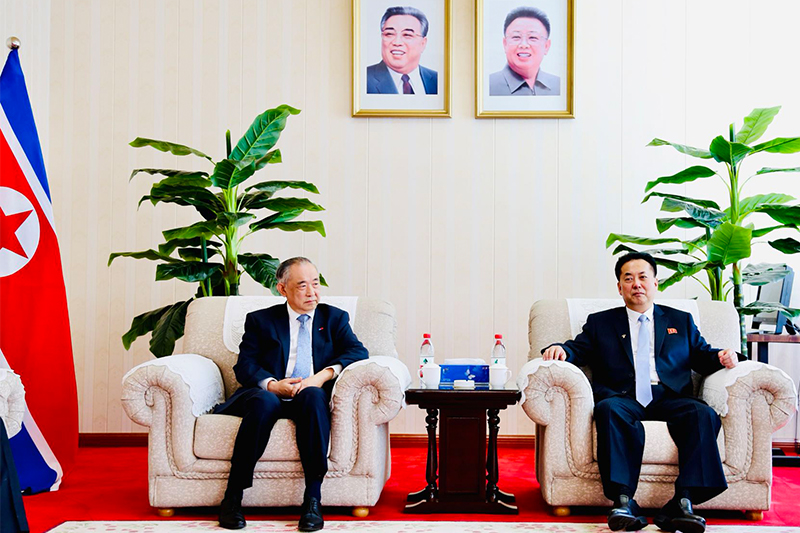 On the morning of September 8th, Professor Li Ruohong, Chairman of China World Peace Foundation and President of  Beijing International Peace Culture Foundation, celebrated the 74th National Day of the Democratic People's Republic of Korea. He had an in-depth exchange with H.E. Ambassador Li Longnan of DPRK on international peace, regional security, the principles, positions and relations of DPRK towards foreign affairs, and cultural interaction of the "Silk Road". Ambassador Li Longnan thanked Professor Li Ruohong , who knows DPRK a lot, for his long-term concern and support for the friendship between China and the DPRK and his contributions to the cause of peace. 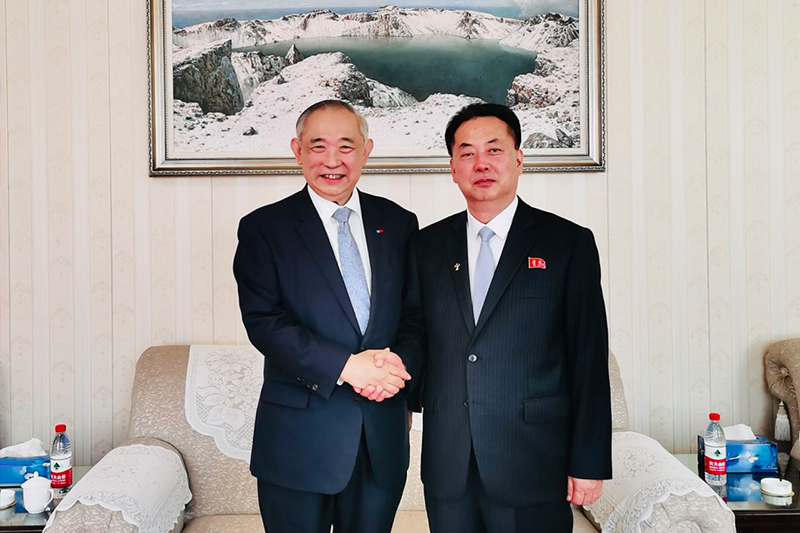 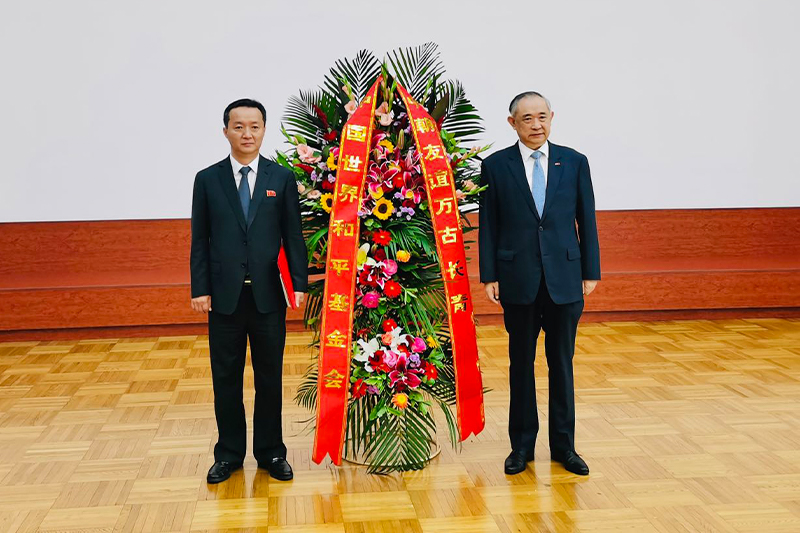